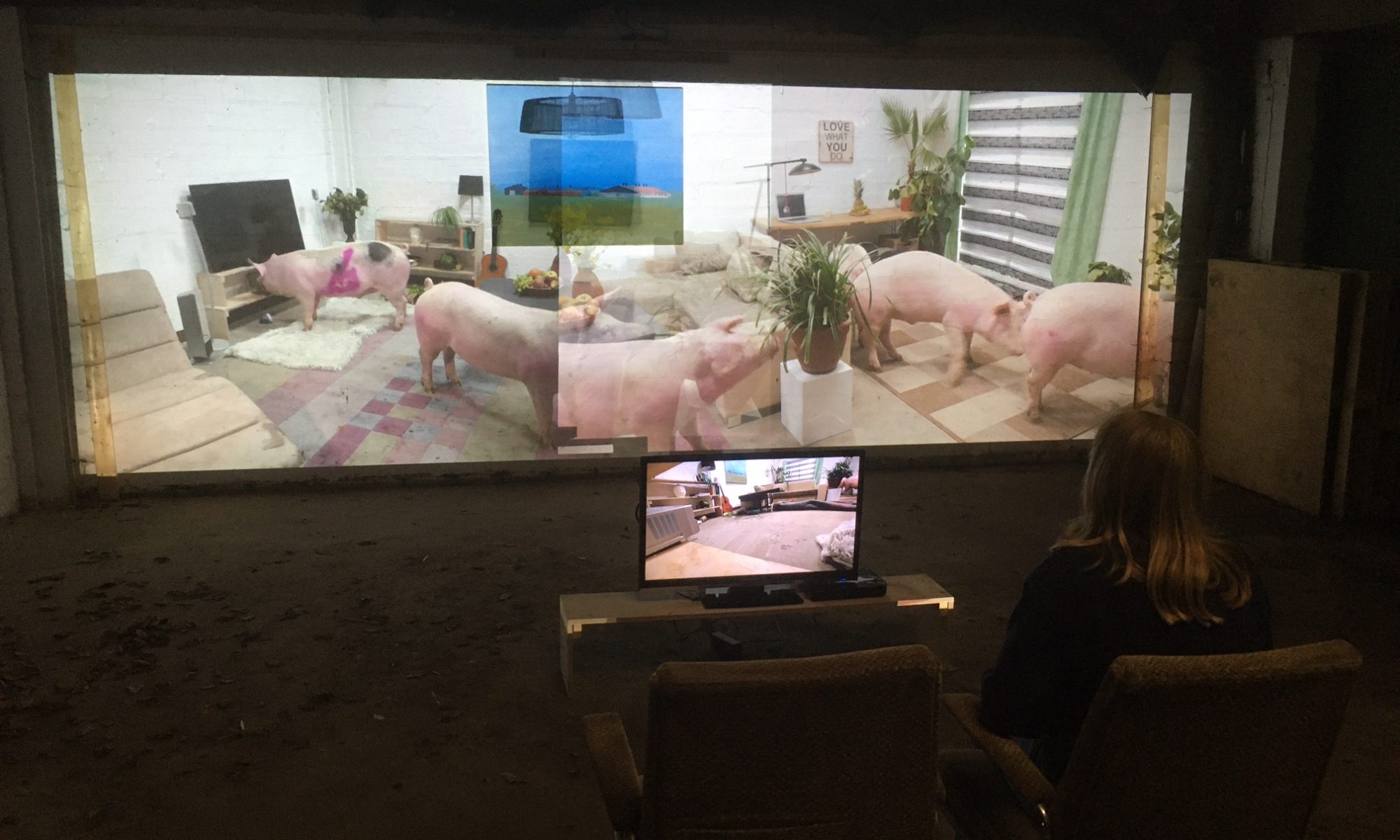 As part of a German-Dutch art project, Stefan Demming and Harko Wubs realized a video project as a kind of experimental setup with live pigs. This should enable to see the pig as an individual being. By inviting 5 pigs into a human living room and filming them we can clearly see them being alive. While the resulting short film „Pig Brother“ (9′, 2022) is conceived as a narrative and fictional and, based on the reality show, ironically suggests the rescue of one of the pigs by the viewer’s favor, the video installation „Pig Prother“ invites you to watch how the pigs act in the living room. The synchronized double projection shows the set and the actors in life size. The original painting of a landscape with fattening stables from the set hangs in the appropriate position on the wall. Visitors can take a seat on the living room furniture in the room and also view the pigs in close-up on a monitor, which were taken with various Go-Pro cameras during the shoot. The five pigs were among the few of the country’s 24 million pigs that were allowed to spend part of their short lives outdoors. In front of the cameras, their curiosity proves that they are intelligent animals.